Finland has already begun the construction of a repository for the final disposal of its spent nuclear fuel.

This project evolved from a decision made 40 years ago on the overal waste management strategy and on a deep geological repository as the primary option for spent nuclear fuel, and all the stakeholders have stood by it. Development Posiva, the company in charge of the project, is confident that the decision and vision for the future have remained the same.

Public acceptance was essential for the success of the project

At a depth of 400-450 metres and with about 70 km of tunnels and shafts, the Onkalo Repository in Olkiluoto will house copper cannisters filled with spent fuel from nuclear power reactors. According to IAEA, it is expected to receive waste for about 100 years, after which time it will be sealed.

Another reason for the success of Finland’s model is the timely involvement of all the stakeholders in the project, who worked as one team targeting the same goal. According to Tiina Jalonen, Senior Vice President for Development Posiva, the decisions have developed legislation as well as introduced nuclear energy, and the Radiation and Nuclear Safety Authority of Finland (STUK) has developed safety guides, regulations and competences to review and inspect all the documentation and applications.

The involvement of STUK was crucial to building the trust in the project, indicates Petteri Tiippana, STUK’s Director General. As safety regulator, its active participation in the process provided the local community with additional assurances.

Public acceptance was essential for the success of the project. The Olkiluoto site, which houses three nuclear reactors, was chosen as repository site not only for the geological suitability of this area but also for the acceptance of its residents. Finland conducted many studies about local and national attitudes toward the project which showed that people living around nuclear power plants tend to have more trust in nuclear projects.

The project is based on the “multiple barriers” concept, which aims to provide needed containment and isolation to prevent spent fuel from leaking and spreading, according to Pisova. The combination of bedrock disposal canisters surrounded by clay, tunnels filled with clay containing backfilling materials and plugging the tunnel’s mouth will all serve as protective multiple barriers.

Two other countries have made progress towards building repositories for high-level radioactive waste or spent fuel declared as waste. In june 2016, the Swedish Radiation Safety Authority endorsed the license application for the future spent fuel deep geological repository at Forsmark.

In France, the license application for the deep geological disposal facility Cigéo will be submitted by the end of 2018, with construction starting in 2020. It will contain waste from the reprocessing of spent fuel from France’s nuclear power plants. 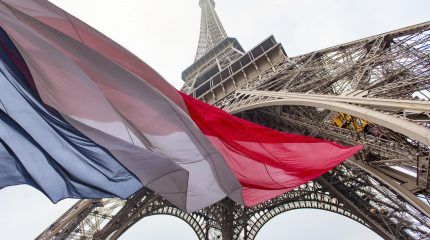